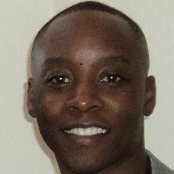 Jerry’s professional career has spanned over a 23 year period. He worked professionally as a communications specialist for 12 years and 11 years in military intelligence. He retired from the military with honorable service in July 2013.

While serving in the military, Jerry was blessed to travel the world and share the Gospel throughout the United States and internationally to citizens in Japan, South Africa, and South Korea. From 1994 to 1996, he worked as an adult Bible school teacher and Minister for preaching at the Chibana church in Okinawa, Japan. He also traveled to Johannesburg, Cape Town and Port Elizabeth in South Africa as a youth leader, addressing church growth and youth development. From 1997 to 1998, he worked as a faith group leader, teaching Bible classes and evangelizing military members at the base Chapel in Yokosuka, Japan. While attending the University of Memphis, from 1998 to 2002, Jerry served with the local body of Christ in Millington, Tennessee and taught adult Bible studies on the Christian prayer life, which led to the development of a comprehensive Prayer Journal booklet. From 2003 until his retirement from the military, Jerry continued to serve in local churches as Bible teacher, outreach minister, and fellowship coordinator. In May 2010, Jerry began studying Apologetics and working with 317Ministries.net, to advance the Gospel of the living Christ and to Defend the Truth-claims of Biblical Christianity.

Jerry and his wife, LaVerne, have been married for 19 years and they have three daughters; Jeralyn, Joslyn, and Jordan.  Jerry and his family currently reside in San Antonio, Texas.