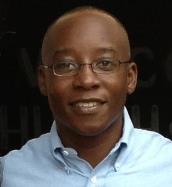 Terry Parchman is the twin and fellow-colleague of Jerry Parchman, who also serves in this ministry. Terry surrendered his life to Christ at the age of 16 and has lived faithfully to honor the magisterial name of Christ since this time. Over the past 25 years, Terry has served in the Kingdom of our Lord in the following capacities: Bible School Teacher, Youth Leader, Deacon of Benevolence, Inner City Minister, Assistant Pulpit Minister, and Missionary Leader for the Philippines and Japan.

After serving 23 years in the United States Marine Corps, he retired at the rank of Major and began studying Apologetics and working with 317Ministries.net to advance the Gospel of the living Christ and to Defend the Truth-claims of Biblical Christianity. He is married and the father of 2 children (Thaddaeus-15 and Tiara-14). Terry currently resides in Manila, Phillipines.